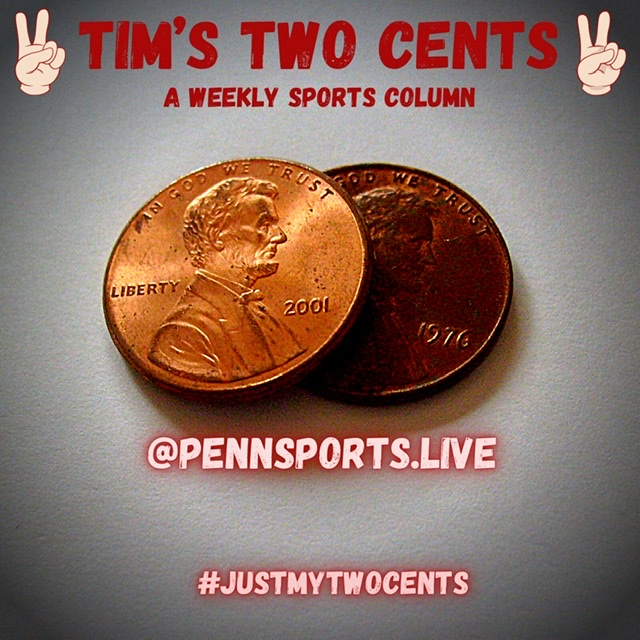 As the Army-Navy game came to a close Saturday evening, so to did the 2021 college football regular season.

Let’s look back at the good, the bad, and the ugly from the season gone by and look ahead to how I think the playoff will go down.

It was a year for parity in college football. It seemed Georgia ruled the world until they had to play old nemesis Alabama. Alabama seemed vulnerable until they played Georgia. Michigan stayed under the radar until they thumped the defenseless Buckeyes and moved center stage. Cincinnati was just hoping for enough turmoil to sneak in to the playoffs.

Parity won, and the committee was forced to bring Cincy to the party. The question for the playoffs will be which Alabama team shows up. The one that played the final five quarters this season or the one that took the field for the 11 quarters prior to that. Eh, who am I kidding. Cincinnati has no chance either way. It will be another championship game with Alabama playing.

The other semifinal got more interesting with Georgia’s meltdown versus Alabama. Prior to that Georgia looked unbeatable. Michigan is playing really well, but Georgia matches up better against the Wolverines run first style.

Even though my brain is saying Alabama, the Two Cent Cracked Crystal Ball would never let me change my mind now. So with that threat in mind, I will stick with the Georgia Bulldogs winning it all.

Until then, signing day(Wednesday) will give us a peek to the future, while we wait to finish the past.

Maybe someone will finally realize how stupid that is.

~Manny Diaz was named new defensive coordinator at Penn State. Just like I said with the Lincoln Riley hire at USC, this is the best Penn State could have expected. The bigger question with the Diaz hire is will he bring the turnover chain with him from Miami. 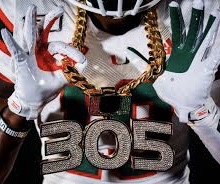 ~Speaking of Lincoln Riley, he attended the USC basketball game Sunday afternoon and hit USC fans with what they wanted to hear.

“We came here to win championships.” Sounds good to me.

~Then there is this…

Brian Kelly is the new in-law trying really hard to fit in at Thanksgiving https://t.co/QmMa0ELO1A

Maybe Brian Kelly isn’t just a jerk. Maybe he has a drinking problem or some other type of mental impairment. Here is to hoping this turns into a crash and burn.

~Bryce Young won the Heisman Trophy in a landslide. The big surprise was Aidan Hutchinson, a defensive player(gasp) finished second. I love Young as a player, but check out this quote from his acceptance speech.

Bryce Young wanted to prove it to himself 💪 pic.twitter.com/pl9706B8To

Bryce Young was being recruited when he was in the eighth grade. He was the number one recruit in his class. He was a verbal commitment to USC since ninth grade. He allegedly received one million dollars in NIL money this past summer. Absolutely nobody doubted him, and certainly nobody counted him out. I know it makes a great sound bite —and the kid is smart enough to know that— but let’s come back to reality, Bryce.

~Just for my good friend, Eric, who happens to be a huge Flyers fan, congratulations. The Flyers are now just 1-10 in their last 11 games.

~The Penguins are getting such good goaltending, and now it is Casey DeSmith chipping in, too. They continue to stay above water awaiting an actual full roster at some point in the near future.

~I typically hate douchy moves, but Nate Oats gem at the end of a great one point win for Alabama over Houston was outstanding. With Houston coach Kelvin Sampson chasing referees down after not calling a goaltending on the buzzer tip in attempt by his Cougars, Nate Oats went for the pseudo handshake grinning like a Cheshire cat. It was especially funny considering Oats had been T’d up earlier in the game.

My guess is that Oats won’t be getting a Christmas card this year from Sampson. My other guess is he doesn’t really care.

~Basketball is a long season, but endings like this keep the juices flowing until March arrives.

HALFCOURT SHOT AT THE BUZZER TO BEAT THE NO. 1 TEAM

Purdue’s stint at number one was short lived.

~Baylor beat Villanova on Sunday 57-36. It was the best defensive performances I have ever seen. Baylor will be tough to beat with defense like that. Their offense is adequate, but doesn’t have to be much better.

~If this does happen to be Pete Carroll’s last season in Seattle he sure is still having fun.

~When you are 6-6 and coming off a poor performance in a home loss, maybe you shouldn’t do this to the best team in your division.

The @raiders are unofficially the first team to ever gather on an opponent’s midfield logo pregame and then trail 28-0 about 21 game minutes later. pic.twitter.com/LQzoFl5Kny

Raiders stomp on the logo at midfield. Chiefs stomp on the Raiders 48-9. The stupidity of teams, players, and coaches never ceases to amaze me.

~Folks, folks, Merry Christmas. Oh and if any of you still had doubts, Urban Meyer isn’t going to work out in Jacksonville.

Plane is out of gas and not near an airport. Everyone just waiting to watch the crash landing at this point. pic.twitter.com/KxohNvYiww

This week reports out of Jacksonville had Urban getting into it with some of his players, including highly respected vet Marvin Jones. Meyer also rolled his assistant coaches under the bus. When asked, Meyer said he is always hard on his coaches. The two video clips above seem to indicate that Meyer has had enough of the NFL. Maybe he should follow his own rules.

~There are probably 20 teams or more that wish this guy was their quarterback.

Justin Herbert has a rocket arm. Holy moly, as he was about to get hit. pic.twitter.com/rSpCP2EggP

That is Chargers QB Justin Herbert. That is 65 yards in the air, right on the money, while being hit from behind. That is impressive.

~Teo more overtime games, and two more pieces of evidence that if you win the coin toss in overtime you better go down and score a touchdown or have a ten minute drive.

~Once again officials are screwing up games. This textbook hit was called a penalty.

Very poor officiating. Calls like this can change the outcomes of games. Football is a violent sport. People will get hit hard legally. Receivers running across the middle know what they signed up for. It’s a part of the game. https://t.co/07wFfOxLa1

Above, I mentioned the crazy ending to the Alabama-Houston game. In addition to running after the officials, Sampson and some of his coaches also knocked over trash cans and acted like complete morons. When Houston player Jamal Shead saw the mess, he did this.

After his coaches tore chairs up and kicked trash cans over, University of Houston’s Jamal Shead stopped and picked up the trash after an emotional loss to Alabama Saturday night in Tuscaloosa.

I’m a huge fan of this young man!pic.twitter.com/M3pfFyAv07

After such a heartbreaking loss it isn’t always easy to do the right thing. Good for Shead and shame on Kelvin Sampson, who is fortunate to still be allowed to coach after his checkered history.

A Penny For My Final Thought…

What I am most astonished by is the level of stupidity I continue to see from these players, and the lack of accountability demanded from Mike Tomlin.

First is the stupidity I see from an assignment standpoint. I can’t remember another Steeler team that gets out of their gaps more often, takes the wrong angle more often, and misses more tackles than this crew.

More often than not Devin Bush is at the heart of the misses…be it assignments, gaps, or tackles. Often with him and a few others, it looks like a lack of effort. Maybe more to the point, a lack of heart.

I don’t fault Mike Tomlin for not benching the guilty players. He is already playing with a host of players picked up off the street. I do blame him for failing to get the most out of these players. I blame him for not creating an atmosphere of accountability.

The Steelers gave up 200 yards to a running back for only the third time in their history. OJ Simpson did it in 1975 and Fred Taylor did it in 2000. Now add Dalvin Cook in 2021 to the list. So much for the Steel Curtain. So much for accountability.

Ditto the defense. But, man, the lack of intelligence, heart, and accountability is what is frustrating to fans.

After getting down 29-0 Thursday night, the defense did make a few plays. But then they did this after one of their few good plays.

Yes, the defense was torched by the Vikings and we lost a game, but strike a pose…what a joke for the @steelers @colin_dunlap https://t.co/0gQ2dNVki2

Number 25 in the center of the pose is Ahkello Witherspoon. The only reason they aren’t celebrating a pick six touchdown is because he was gassed and just stopped running on his interception.

That, my friends, is a losing culture. To be battered about the field for two and a half quarters and then celebrate a rare quality play— one that should have been better— with a me, me, me pose in the end zone is what losers do.

Claypool proved he was tone deaf last season when he taunted the Browns AFTER they beat the Steelers in the playoffs.

This year he has been flagged for eight penalties, which are three more than any other wide receiver in the league. In a blowout loss to the Bengals a couple weeks ago, Claypool got flagged late in the game for taunting.

First he did this.

The old finger in the face mask right in front of the referee.

Tomlin did bench Claypool after this, a penalty that ruined a promising opening drive.

Then Claypool did this.

Replay of the Claypool fumble under review#Steelers 0 #Vikings 6 Q1 pic.twitter.com/0OoIb2IWZB

Claypool carelessly stretched the ball out right in front of a defender.

Claypool was fortunate that replay ruled him down before the ball was popped loose.

Claypool saved his best for last.

With the Steelers driving for a miraculous last second potential tying touchdown, Claypool made a nice catch securing an important first down. Clock ticking and no timeouts left, and Claypool found time to do this.

so dumb, so clueless pic.twitter.com/cy7wSkv4XE

You have all had four days to watch this over and over. I don’t need to say anything more. This guy needs to go. He has all the physical tools, yet none of the mental tools. Tomlin tried to make him accountable and it didn’t work. His teammate, Trai Turner, had to try and yank the ball away from him to get it back in play. Claypool flipped out on him right there on the field.

Players and coaches aren’t going to reach this clown. He has to go. Finish the season, hope for no more flags on him, and move on after the season.

That would be the first sign of accountability with this group and this coach in a long, long time.

Whether it is Tomlin’s message no longer getting through, the lousy roster makeup, or drafting bad characters, the Steelers have developed a loser’s culture that lacks intelligence and accountability.

Turns out JuJu Smith-Schuster was the least of this team’s concern. For all his dancing, he plays hard and never gets silly taunting penalties. They could use more guys that play as hard as he does.

Instead they have posers and mentally deficient players like Chase Claypool.

A season that amazingly could have been salvaged now looks like…

It is time Art Rooney II and Mike Tomlin start to require…no…demand accountability. Win and you can pose. Lose and you keep your mouth shut and your celebrations muted.

After all, that has always been the standard.